What Am I Doing Here?

This month alone, I’ve probably been asked the questions “What are you doing in New Zealand?” and “Why don’t you study back home?” about 50 times, so here are my answers.

The obvious answer would be that it is significantly cheaper to study in New Zealand as opposed to California. At the University of Southern California (USC) the tuition hiked up to be $51,442 USD ($73,425 NZD) for a domestic student. That is double the domestic tuition for a full undergraduate degree and almost three years worth of international tuition at the University of Auckland.

After obtaining my New Zealand residency a few months ago, the difference in tuition costs from California to New Zealand played a huge factor in my decision. Obviously, not all universities are that expensive, but even a cheap university in the USA costs $14,000 USD ($20,696 NZD). Unless you have serious cash to burn, the cost of tuition will play a big role in where you decide to study.

Answer No. 2 – New Zealand is Beautiful

The typical (but true) answer would be that New Zealand is one of the most beautiful countries in the world. After moving back to California I realised that I didn’t experience as much of New Zealand as I wanted to. I hadn’t and still haven’t gone to the South Island (embarrassing, I know).

When I first moved to New Zealand I didn’t realise how incredible it really was there. The pictures on the internet don’t even compare to the real beauty. New Zealand allowed me to see that the world was in my hands. While pursuing my degree in social work I got the chance to travel to new and breathtaking places, which is such an added bonus.

I chose Auckland because it felt unfamiliar and adventurous to be living in the city. This may especially apply to those of you that grew up in small towns or rural communities. Auckland is one of the most diverse cities in the world, which means that when you come here you’re immersed in a pool of different cultures.

If you’re coming from another country Auckland is perfect because you won’t be going through the culture shock phase alone. Living in the city might not be the easiest transition, but there’s always somewhere to explore. 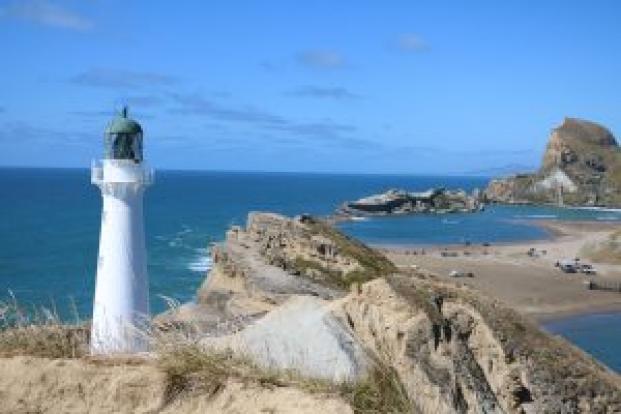 When I made the decision I felt so much fear in leaving my family and being in a new city. In my almost four years living in New Zealand I had dreamed of the day I would move back to California, but when I finally came back I found that it wasn’t what I really wanted. My cousin once told me that this young adult stage in our lives is the perfect time to take risks and make mistakes.

I’m not advocating for reckless decision making, but I am saying to take some risks (that won’t cause you harm) and step out of your comfort zone. It’s okay if you end up realising that you don’t like the course you’re doing or the path you’re on. This stage in our lives is one where we should be taking risks and experimenting with what works for us. It’s a time where we begin to find ourselves and see who we are as independent individuals.

I moved to New Zealand because of multiple factors, but the biggest one was that being there was and is my dream. I had a crazy gut feeling to come here, ignored all the risks and negatives, and dived in. There were a million reasons why I should’ve stayed in California like having support from family, friends, beaches, and sunshine all day everyday; but it didn’t feel right.

It sounds so masochistic to say, but I wanted to push myself, to struggle and be uncomfortable. I wanted a challenge. Being in Auckland is not easy, in this first month alone I struggled and questioned whether I made the right decision. However, going to school here and moving back to New Zealand made me realise that I am literally living my dream and it doesn’t get much better than that.

I chose New Zealand because I followed my instinct and passion. It’s not easy, in fact it’s been really difficult, but I can tell you it is 100% worth it.

So if you’re having doubts about where to go to next, go to the University of Auckland… just kidding. In all seriousness, go where you feel is right for you and make risks. Make sure that when you’re deciding the next step on your path, you are choosing something that will push you and allow you to grow. Remember that it’s okay to make mistakes. What’s not okay is paralysing yourself with the fear of failure. Be adventurous and pursue your passions.

The cost of living in New Zealand is similar to many other OECD countries. Our cities compare favourably with other major cities

Tomoki Kishi's goal is to be an English teacher, so he jumped at the chance to learn English in an English-speaking country.