How I Got My First Part Time Job in New Zealand

I arrived in New Zealand in January and I was picked up by my older sister from the airport. It was such a great feeling landing here and seeing my family, it was a definite advantage for me. It might have been luck or I may be blessed by God but I started my first job in February and it was like a dream come true. I’m going to tell you how this happened and how everything fell into place.

For the first two days, I just relaxed at home due to jetlag while getting used to the new place. There were very few people and no sound. My sister was my saviour. She took me to the bank, opened my account and then took me to get my tax number (IRD Number). Before I arrived she made changes to my CV and started applying for jobs. I owe her big time, if she hadn’t been here it would have been so much more difficult.

After looking at jobs, I applied for a job in Thames as we decided that I was going to stay in Thames and study in Hamilton. I received a call from Kentucky Fried Chicken (KFC) HR two weeks after my arrival and they did a telephone interview. I had good answers for all their questions. Two days later, I had an interview with the Manager – it went really well. It’s always important to be yourself while being interviewed – believe in yourself as no one knows you better than you do.

That’s what I did and yes, I got the job at KFC. It was my first part time job in New Zealand. I did not have any references here but they contacted my employers in India via email. My employers in India replied back instantly. I received my contract early February and it was signed and sent it back. I then started working at KFC, Thames, and there was no looking back.

As I had my classes on Wednesday and Thursday every week it became difficult to keep working at Thames KFC. So, I contacted the manager and talked to him; I explained the whole scenario and I asked if he could help me transfer to Hamilton. He said he could be my reference but I would have to go and talk to the manager in the Hamilton store. So I went and spoke to her. Things worked out again and I started working in KFC, Hamilton much nearer to school and my home. 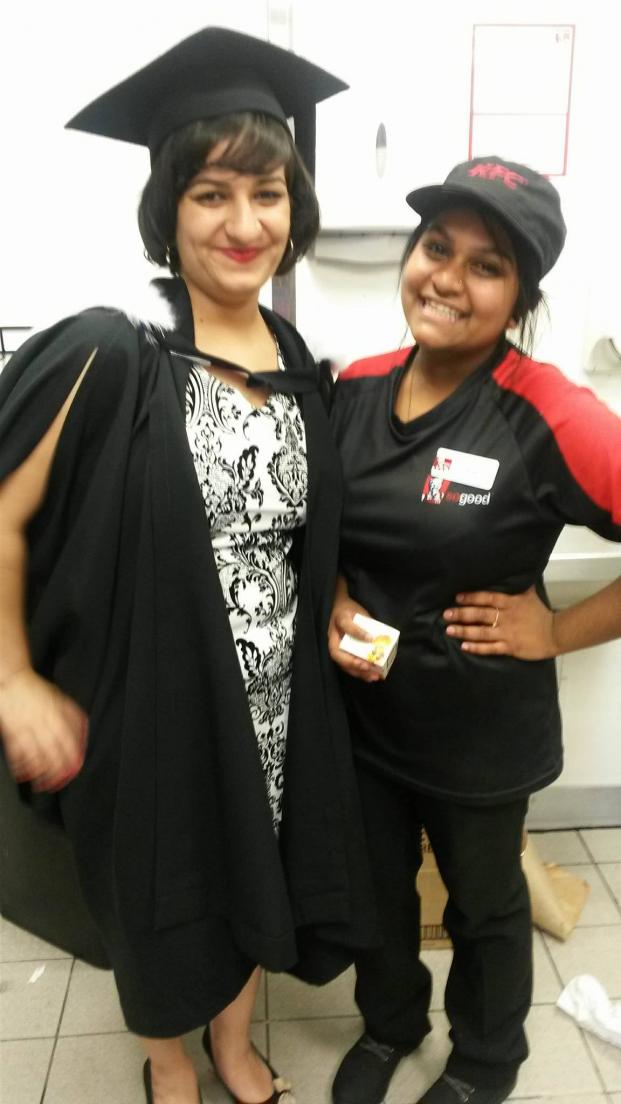 I am glad that I had the best people to work with as well as managers. I’ve quit KFC for better job options now but I never forget that KFC was there when I needed money during my studies. I still go and see my friends there. We all are friends for life, sometimes people were annoying at work but outside KFC they are different. I am glad that I worked at KFC and made so many friends. I also worked at different stores within Hamilton. I know nothing comes easy in life but if you have the right attitude and strong determination no matter what you will get there. Believe in yourself and knock on the doors of your dream job and, you never know, you might get lucky.

Also, never be rude to employers and work on your English. It's very important here but people will still love you for who you are and for wherever you’re from. New Zealand has given me so many opportunities and I know there are many waiting for you all. Study hard and work hard – not more than 20 hours per week as it’s a rule. You can earn money after completion of your studies as well. Wish you luck guys!

Working while you study

Getting a part-time job while you study can help you pay your living expenses, meet new people and gain valuable experience of the New Zealand workplace.

How to Stay Safe While You are Studying in New Zealand

Find out more about staying safe in New Zealand, one of the safest countries in the world.

From Student to Resident

Dylan, a Californian Economics graduate chose to stay in New Zealand rather than return to the USA.