Where in New Zealand Can You Study?

Find out more about study options and lifestyles in different cities and towns around New Zealand.

Whether you’d like to live in a big city, a vibrant regional centre or a close-knit rural community, New Zealand has a study destination to suit you.

Each region has its own distinctive character, with many institutions and courses to choose from.

All eight of our state-funded universities are ranked in the top 3% in the world. There are main campuses in Auckland, Hamilton, Palmerston North, Wellington, Christchurch and Dunedin, and smaller campuses in other parts of the country.

Our network of high quality primary, intermediate and secondary schools covers the whole country, so you can have your choice of lifestyle.

Not sure where to start? Think about what kind of lifestyle you want, and hear what other international students have to say about the study destinations they chose.

You can also search for courses and institutions in New Zealand based on your study plans and preferred lifestyle with our free, easy-to-use My StudyNZ online tool. 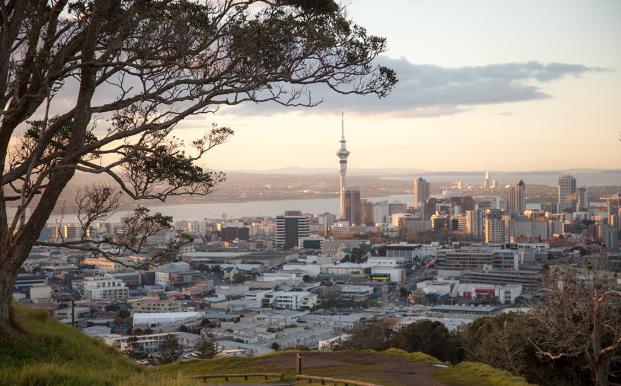 No matter where you choose to study, you’ll find friendly people, culturally diverse communities, a high quality of life and an incredible natural landscape to explore.

Anna Underhill, from the United States, gained practical experience in orchards while studying in Palmerston North, one of the country’s horticultural hubs.

“Studying horticulture in New Zealand was very hands-on. We worked in an apple orchard each week, which gave me a new interest in fruit production,” says Anna.

Famous for its Māori culture, natural hot springs and bubbling mud pools, Rotorua is a top tourist destination. It’s an ideal place to study tourism and hospitality, as Indian student Deepak Nair found out when he enrolled to study hotel management in Rotorua.

Deepak’s polytechnic arranged for him to have a part-time job at a four-star hotel during his studies. After graduating, he went on to work for the same hotel group.

“I was able to interact with students who represent different countries, cultures and customs, make good friends and interact with staff as I grew skills for my career,” says Deepak. 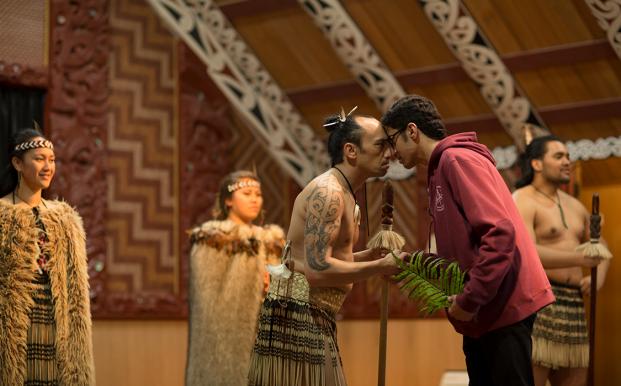 The Māori concept of Manaakitanga – welcoming and looking after guests, with generosity and mutual respect – runs so deep in New Zealand that it’s enshrined in our education system.

“You can enjoy something a little bit marvellous every weekend in this city.”

“There’s the night market, festivals and galleries that change exhibitions often and that are mostly free of charge. Everybody treats us like locals, which is really great,” says Yuko, an English language student from Japan.

“Dunedin is a beautiful city filled with some of the quirkiest and most lovely coffee shops, “ she says.

“Coffee shops are a social place to gather, take a break from studying and catch up with your good mates.”

Brazilian computer science student Lucas gets the best of both worlds – a fun social life in the vibrant university city of Hamilton, and time to explore the nearby rivers and mountains with his hiking buddies on the weekend.

“You get such a great balance between study and life. No way I could get this back home,” he says.

“Kiwis love getting outside because there’s so much to do. I can go to the beach, the mountains or skiing – all in one day.”

Students in Auckland, New Zealand’s largest city, can go sailing, horseriding, hiking, surfing or mountain biking within an hour of the city centre.

Indian sports student Ketaki Khare, a former member of India’s women’s rugby team, has been amazed by the range of sports and outdoor activities to choose from in Auckland.

“Apart from following my rugby dream, I have been able to compete at CrossFit, get back into judo training, pick up surfing, travel the city on my bicycle with my mates, swim in the ocean and join a dance crew, all whilst being able to study and pass my courses,” she says. 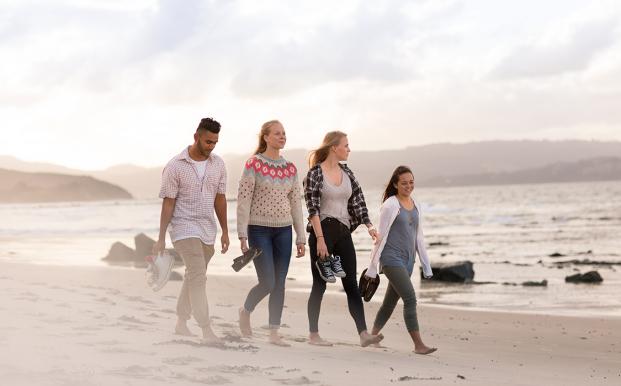 You’ll never be far from a beach or an area of native bush, so you’ll be able to balance your studies with exploring the outdoors.

She found her experience of studying in Invercargill so valuable that she convinced her parents to send her younger sister, Bam, to live with the same host family and attend the same school.

“I recommended New Zealand to Bam because it is safe and because I knew she would do well here,” says Chonlada, who went on to study in Wellington, Boston, Shanghai and London before launching her own business.

Did you know that choosing to study outside Auckland might enable you to work in New Zealand for longer after you graduate?

A post-study work visa could allow you to stay on in New Zealand to work for between one and three years, depending on your qualification and where you study.

Palmerston North is a great destination for students wanting to experience the ‘Kiwi’ way of life.

Tauranga offers international students the experiences of a bustling city alongside the laid-back lifestyle of a small Kiwi town.

How Do I Study in New Zealand?

Are you considering studying in New Zealand, but not sure where to start? Find out what you’ll need to do to study here.

My First 3 Months in New Zealand

This is what I’ve learned in my first three months doing a PhD in New Zealand.