What to Expect From a Noho Marae Experience

My relationship with New Zealand started before I even began school at the University of Vermont. During orientation, one of my professors talked about the chance to study abroad in New Zealand.

It sounded amazing, but I didn’t know then how much it would change my life.

I went to New Zealand in July of 2015 to study at Auckland University of Technology, ready to experience all that the country had to offer.

I enrolled in a class called International Noho Marae: Indigenous Encounters of the Māori Kind, a class that included a weekend experience called the Noho Marae Weekend, which was open to any international student who was interested.

Marae translates to “meeting grounds” and is a gathering place for a particular tribe or whānau, which means family. 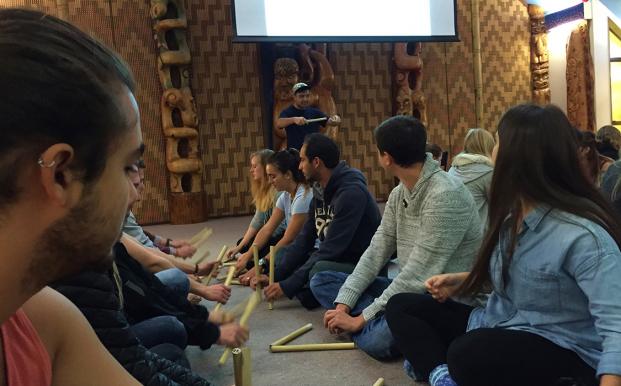 Learning the Tī tī tōrea inside the marae

The first night of the experience, students from all around the world gathered at the marae and brought a dish from their home country. We ate and ate, not stopping when we were full, but only once we were tired. I can’t put into words how special it was to learn about the Māori culture with other international students; even though we spoke different languages and came from different places, we were all welcomed into the marae with open arms.

We slept in the marae overnight and spent the next day learning waiatas (songs) and Tī tī tōrea (a stick game). Later, the men and women split up so that the women could learn poi, a traditional dance and the men could learn the haka, a ceremonial dance or challenge usually performed by men.

Dinner was a traditional hāngi of meat and vegetables cooked on hot rocks below ground. Our full cups and full bellies stayed with us as well into the night, through our continued celebrations and camaraderie.

On Sunday morning, we gathered once more (still full from the night before) and were formally welcomed into the Ngā Wai o Horotiu marae. There were many speeches, but the most enjoyable part had to be when students from each country gathered together and performed a song and dance from their country as a thank you to our hosts.

My fellow Americans and I decided that we should be as obnoxiously American as possible… and we succeeded. We left with our hearts full and spent the rest of the day sleeping off all of the food that we ate.

The biggest impact from the weekend were not the songs or games, but the sense of belonging that you get from having these ancient traditions entrusted to you.

I get chills every time I think of everyone at the marae, arm in arm, singing a song in a language that few of us speak.

The noho marae experience bridges the distance between our countries of origin and the languages that we speak at home, bringing us together like nothing else could.

We know that no matter where our lives take us, we will always have a place in our marae. 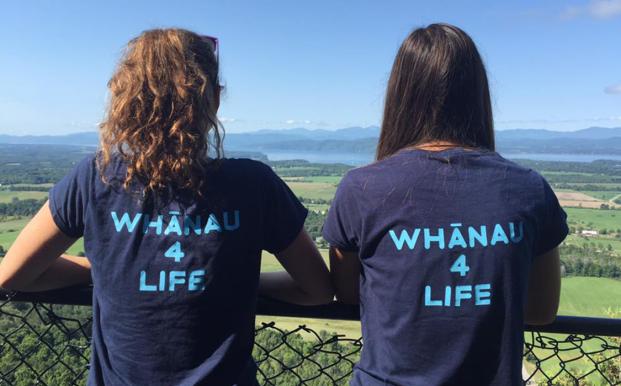 Monica Petzold is an alumnus of the University of Vermont, where she studied Primary Education and graduated in May of 2017. From the United States, she studied abroad at Auckland University of Technology (AUT) from July to November of 2015. She was one of the presidents of the North American Whānau Council – East Coast, an organisation dedicated to continued relationships between AUT and the students that studied abroad there.

Monica Petzold is an alumnus of the University of Vermont, where she studied Primary Education and graduated in May of 2017. From the United States, she studied abroad at Auckland University of Technology (AUT) from July to November of 2015. She was one of the presidents of the North American Whānau Council – East Coast, an organisation dedicated to continued relationships between AUT and the students that studied abroad there.

Being a Muslim Student in New Zealand

Malaysian student Arina Aizal shares what it's like to be a Muslim student studying in Dunedin.

Learn from Matt's experience: Tips and tricks to make friends in your first weeks at university.