NZEA Winners: Where Are They Now?

Since its introduction in 2016, the New Zealand Excellence Awards (NZEA) programme has offered dozens of Indian students the opportunity to experience New Zealand’s transformational education system.

NZEA recipients can study their choice of subject, at either undergraduate or postgraduate level – from engineering and computer science to design.

Three NZEA alumni share what they are doing now after studying in New Zealand.

University of Waikato Class of 2017: Postgraduate Diploma in Computer Science

Samskar Palavarapu first became fascinated by computers as a young boy. Now, he gets to work with them for a living.

Samskar is currently working in Wellington as a junior web developer for DataTorque, a New Zealand company that creates tax collection software for clients across the globe.

“I love my job. I enjoy working in such a fun environment surrounded by amazing people.”

The NZEA award removed the financial barriers Samskar faced when looking to study overseas. He also believes the inclusion of the scholarship on his CV made him stand out on the job market.

“Getting the award encouraged me to aim higher and chase bigger goals,” he says. 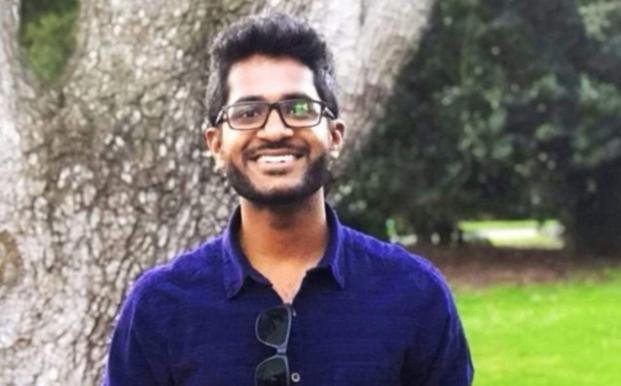 Surya Shankar came to New Zealand with one goal: to kick off a career in food science.

He’s now in his first role having been employed by a New Zealand cooperative and giant of the global dairy industry.

Surya is working as a microbiology laboratory technician at a factory in South Canterbury. He describes it as a “boon” for his career.

“I wanted to get some experience in New Zealand before I go home – there’s a lot of innovation here.”

Surya’s current responsibilities include testing cheese and butter for any bacterial nasties. Next month, he’ll be rotated to a different part of the lab to extend his skills.

Surya says that his course at Lincoln prepared him well for his new role. So too did the hands-on training, independent style of learning and links to industry that Lincoln offered. 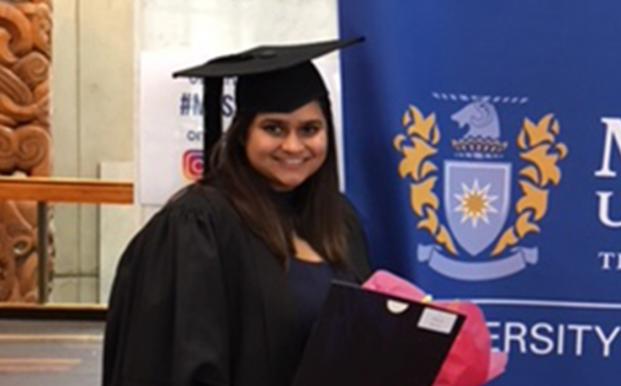 Megha Sharma says her New Zealand education played an essential part of her finding a place in her dream industry: fashion.

Megha works as a visual merchandiser in Auckland, designing and implementing the aesthetic of a retail shop. Before that (straight after graduation), she worked with a Wellington start-up as a sustainable design consultant.

“The role allows me to be creative and apply design thinking and customer experience methods,” she says.

Megha found her current job quickly. She says her qualification gave her an edge thanks to its practical style of learning.

“Education here offers exposure to real-life problems and solutions because of its emphasis on different projects, volunteering workshops and other activities.”

Annabella Gamboni is a member of the communications team at Education New Zealand. At high school, she spent three months in Germany as an exchange student, and later, spent a semester at a UK university.

Annabella Gamboni is a member of the communications team at Education New Zealand. At high school, she spent three months in Germany as an exchange student, and later, spent a semester at a UK university.

Tips for a Successful PhD Application

Consider these tips when applying for your PhD in New Zealand.

Dreaming of a Career in Tourism?

Meet three students who came to New Zealand to prepare themselves for careers in the exciting travel and tourism industry – and beyond.