3 Things the World Could Learn from Māori Culture

While studying abroad at Otago University in Dunedin, New Zealand, I had the wonderful opportunity of experiencing and learning about the indigenous/Māori culture.

This was such a wonderful and unique opportunity for me because I am an indigenous person from the United States, specifically, I am a member of the Cherokee Nation. To travel half way across the world to learn about another Native culture was spectacular.

I learned so much from the friends I made and people I met, lessons and reminders I believe the world could benefit from hearing as well. While not all of these things are unique to Māori culture as they can be found in other indigenous cultures too, there are some that are, and it is these which should be listened to with care.

1. Interconnectedness and a sense of community

While this cultural aspect is not specific to Māori culture, it is valued and practiced by them to such a degree that it becomes unique and special. The Māori individuals at my university – students and staff alike – make sure to support each other and stay as connected as possible.

Initially I had thought this was just due to the school system, and how the staff wanted to support the students to ensure their success. I later learned that this system of support and interconnectedness is rooted in their culture and has little to do with where they are, though it does help their students’ success.

This aspect of Māori culture allows everyone to know everyone, providing a support system that spans the whole island. If you know one person from a family, then the rest of that family will not hesitate to help you if you need it. This is truly remarkable because it makes everyone family, including strangers – definitely something the world could benefit from.

Again, this aspect of culture is not limited to Māori culture, but is presented through them in such an important way. Like other indigenous groups, the Māori also had to face the hardships of colonisation and erasure.

Following the arrival of pākehā (settlers of European decent) in New Zealand, the Māori endured years of war, disease, and numerous other hardships. All of this resulted in missing generations, unknown cultural history, and a decline in use of Māori language. However, the Māori never stopped fighting for their rights.

The Treaty of Waitangi was signed in 1840 and once enforced helped the Māori to reclaim their culture and heritage. They saved their language, fought for their rights and equality, and have made New Zealand one of the leading examples of indigenous acceptance and equality.

Because of the cultural strength within the Māori, they saved their culture and survived a history of suffering. They remember this history, but they have also found ways to move forward.

That is what the world needs to learn how to do: never forget, but never get stuck in the past.

Last, but certainly not least, is the lesson of respecting nature. In Māori culture, there are gods who are each responsible for a different portion of the Earth. What you plan on doing that day – fishing in the ocean or hunting in the bush – decides which god you would pray to.

This instilled a deep respect, appreciation, and love for nature, which the world should understand and implement. If we don’t take care of the Earth then it can’t take care of us, and we could easily end up causing our own extinction. The concept of kaitiakitanga or guardianship is deeply ingrained in Māori culture. This lesson is the most important for the world to adhere to! 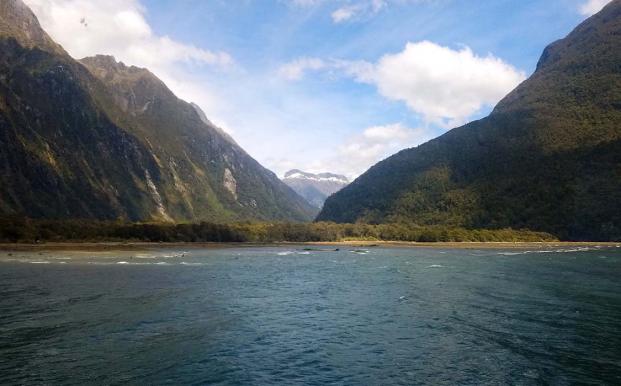 In Māori culture the concept of kaitiakitanga, or guardianship is an expression of a deep connection with nature.

A New Zealand teacher is inspiring girls to get into science and technology – one robot at a time.